Our growth impetus is driven by the intent of providing superior customer value through innovative solutions at the best and most competitive rates in the market.

What sets us apart is the ability to provide state of the art solutions customized to suit our clients’ needs in the specific industry via our wide portfolio of world-class business partners.

Consistent performance coupled with years of experience has enabled the company to acquire the expertise needed to secure several high-profile projects and win customer confidence along with a strong reputation. 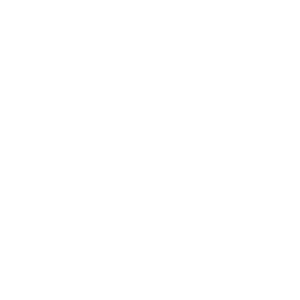 To be the premier provider of high value, cutting edge Electromechanical Engineering solutions in Sri Lanka


At RSP we continually strive to be the best in the eyes of all our valued stakeholders, exceeding their expectations in every way. In doing so, we aspire,

Incorporated in 1977 as M/S Railquip & Co. the Company functioned as a registered indenting agent for Sri Lanka Railways. The company served as a Sales Agent, Sales Promoter and Trading Partner specializing in the marketing of all types of machinery, equipment, and materials related to the Railway industry, regulated and governed by the state.

Its founder Mr. L.H.L Perera, a key personality of the Ceylon Government Railways, who pioneered the introduction of state of the art technologies such as introducing the composite brake block that revolutionized the railway industry in Sri Lanka and who later retired as its Head of the Drawing Office was instrumental in guiding the Company’s business towards its initial success.

It is his vision and passion that paved the way for the establishment of a resilient business which has grown from strength to strength over the years by winning the trust and respect of a loyal clientele.

The company broke new ground in 2012 by expanding its operations to venture into new and exciting lucrative industry sectors outside its comfort zone. Following a re-structuring and re-branding, the Company was re-named- RSP Enterprises to facilitate the change which was essential for growth. The company which has now been in operation for over 30 years has evolved into One of the Country’s most respected Providers of Electro-Mechanical Engineering Solutions.

Chief Executive Officer
Randika Perera the Grandson of the late Mr. L.H.L Perera – founder of the RSP Group counts over 12 years of experience in Supply Chain Management and Strategic Business Planning. Randika took over the reins of the company in early 2012 and can be credited for driving the re-structuring and revitalizing of the RSP group to bring it to the position it is in today. Randika is a self-motivated successful young entrepreneur with a proven ability to secure high profile-large scale projects on behalf of his principals abroad.

Managing Partner
Amitha Perera the Managing partner of the RSP group was appointed to the board at the inception of the re-incorporating of the company. She has over 25 years of experience in administration and company secretarial practices under the patronage of the late Mr.Perera while serving as a former directress of M/S Railquip & Co.

We are an ISO 9001:2015 certified company for Trading of all kind of Diesel Engine Components & Spare Parts for Rolling Stocks, Providing Aftermarket Services, Bidding Consultancy for Foreign Companies in Local Projects of Power Generation & Railways

As an enthusiastic and dedicated team, we are committed to provide on time OEM spare supplies, project management, and engineering services to our clients whilst adhering to ISO 9001:2015 standard and other applicable regulatory requirements.

We consider our employees as most valuable asset and continually develop their competence in this sector and also continually improve the effectiveness of the quality management system to provide better services to our clients. We also ensure that the policy is reviewed, understood, and communicated to all level of the organization.

We are a dynamic team of professionals who are not afraid to try out new technologies, solutions, and new ways of doing business. That is one of the key reasons behind our success. Still, we know that, what brought us here would not suffice to take us towards our future aspirations. Hence, we will evolve along the course through continuous improvement and make swift changes in strategy to suit the dynamics of the market.

Whilst we pursue this growth trajectory, we will commit to build communities along the way, whilst ensuring zero impact to the environment.